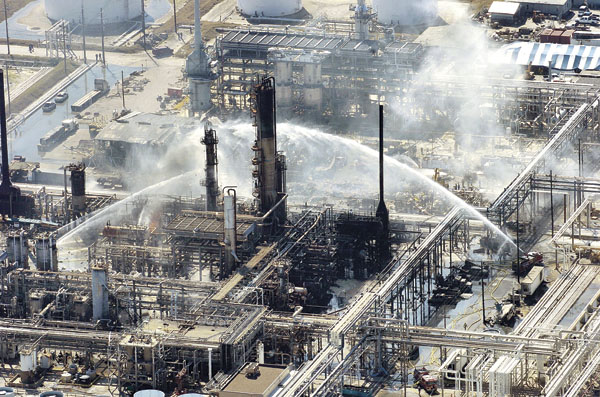 It’s been 10 years since the Texas City BP refinery incident occurred, killing 15 workers and injuring 180 others.

The US Chemical Safety Board (CSB), an independent federal agency who investigate serious chemical incidents, Chairperson Rafael Moure-Eraso has released a safety message stating that we need to continue improving safety – click here to view.

The book by Tom Bergin ‘Spills and Spin: The Inside Story of BP’ explains the organisational and safety deficiencies that built up over time, such as the pressures from senior management to cut costs and major deficiencies all levels within the BP corporation.

Unfortunately there are still likely to be gaps today in the industry that contributed to incidents over a decade ago.

Since the Texas City disaster, there have also been similar incidents where warning signs regarding the incident were overlooked for years, leading to an explosion in 2012 at a Tesoro refinery in Washington and in 2012 a fire at the Chevron refinery in California.  CSB found that the federal and state regulations didn’t require the kinds of preventative measures that may have stopped these incidents from occurring.

Moure-Eraso states in his safety message, “It’s been ten years since the terrible accident at the BP Texas City refinery. Industry and government alike should increase their efforts to prevent process related disasters. Workers, the public, and companies will benefit.”

If you work in the chemical industry CSB is a great US resource, have a look at their website, there are some great resources in relation to learnings from this incident. The CSB board have also put together a list of the most wanted safety improvement reforms to encourage changes to US regulation.